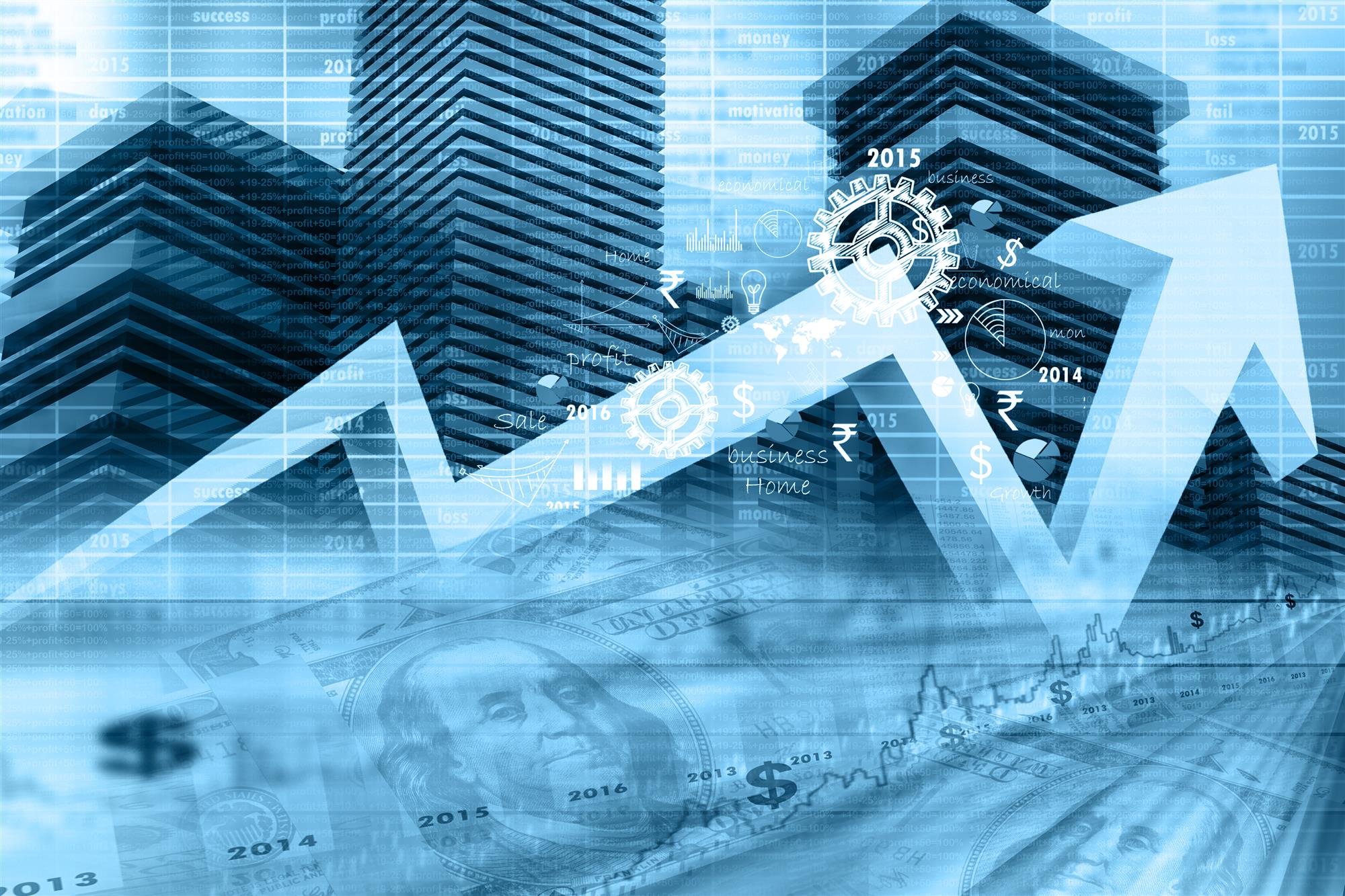 After more than 60 years of developing a single market - the European Union has 450 million inhabitants living in 27 countries, speaking 24 official languages (+ 150 regional and minority dialects). The living standard measured as GDP per capita in PPS is widely spread from an index of 50 in Bulgaria to 256 in Luxembourg (EU-27=100) and – perhaps most important – 27 (at least) extremely different housing sectors exist.

Despite clear goals defined as early as 1957 in the Treaty of Rome, concerning the development of an open internal market with free movement of goods, services, capital and in which citizens can live, work, study and do business freely, without restrictions imposed by the country. One of the most obvious barriers to this type of freedom of  movement is the problem of providing dwellings / houses of an appropriate standard at an affordable price for the own population – while ensuring that people from other Member States have access to the same type of supply. As today, all countries are facing problems with these  supply challenges.

As already mentioned – more than 60 years after the signing of the Treaty of Rome – the EU area still does not have specific competences with regard to the housing sector. National governments are still developing their own housing policies. Despite this status the whole EU area faces similar challenges: e.g., how to renew housing stock, how to plan and combat urban sprawl, how to promote sustainable development, how to help young and disadvantage groups to get into the housing market, or how to promote energy efficiency among homeowners.

Housing affects the quality of life of households in many ways: it offers protection, security, privacy and a space in which to relax, learn and live. Homes can also be seen in the context of their local environment in terms of their ease of access to childcare, educational facilities, employment, recreational opportunities, shops, public services and so on. The financing of housing, whether purchased or rented, is a major issue for many households, often linked to the housing quality.

In the following, we will address some important examples of the challenges posed by the absence of a common housing policy and clear guidelines on how to prioritise the necessary measures to accelerate the processes of harmonized housing markets of Europe.

Distribution of people by dwelling type 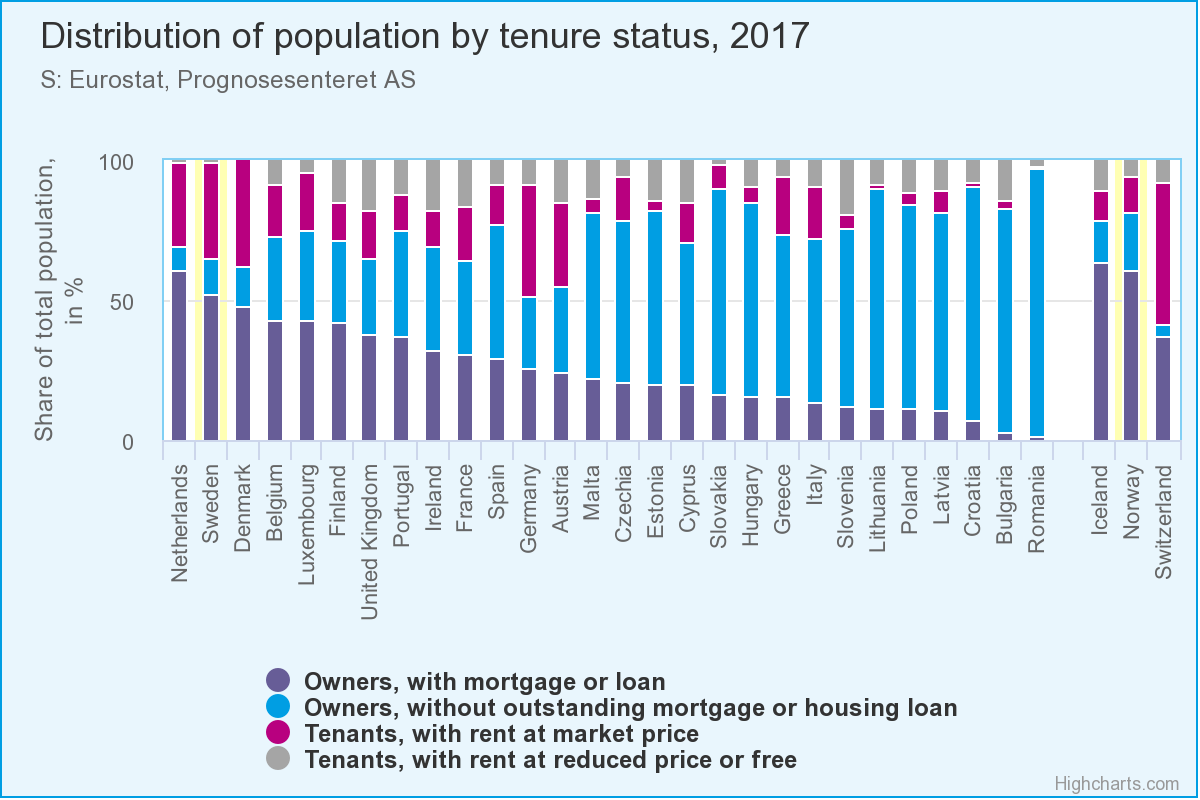 One of the key dimensions in assessing the quality of housing is the availability of sufficient space in a dwelling. The overcrowding rate describes the proportion of people living in an overcrowded dwelling, as defined by the number of rooms available to the household, the size of the household, and the age of the members and their family situation.
The highest overcrowding rate in the EU area was registered in Romania (47.0%), while rates above 50% were recorded for Serbia (56.2%). North Macedonia (46.3%) and Turkey (43.7%) also recorded relatively high overcrowding rates. Cyprus and Ireland (2.8% each), Malta (3.0%), the United Kingdom (3.4%) and the Netherlands (4.1%) recorded the lowest rates of overcrowding, while eight other EU Member States, as well as Norway, Switzerland and Iceland, reported less than 10% of their respective populations living in overcrowded dwellings.

As shown in the figure below, a close connection between the overall economic status and the share of people living in overcrowded dwellings / houses exists. From this perspective, it is very difficult to understand why the housing policies of the European Union are so diversified and mostly recognised as a local matter. 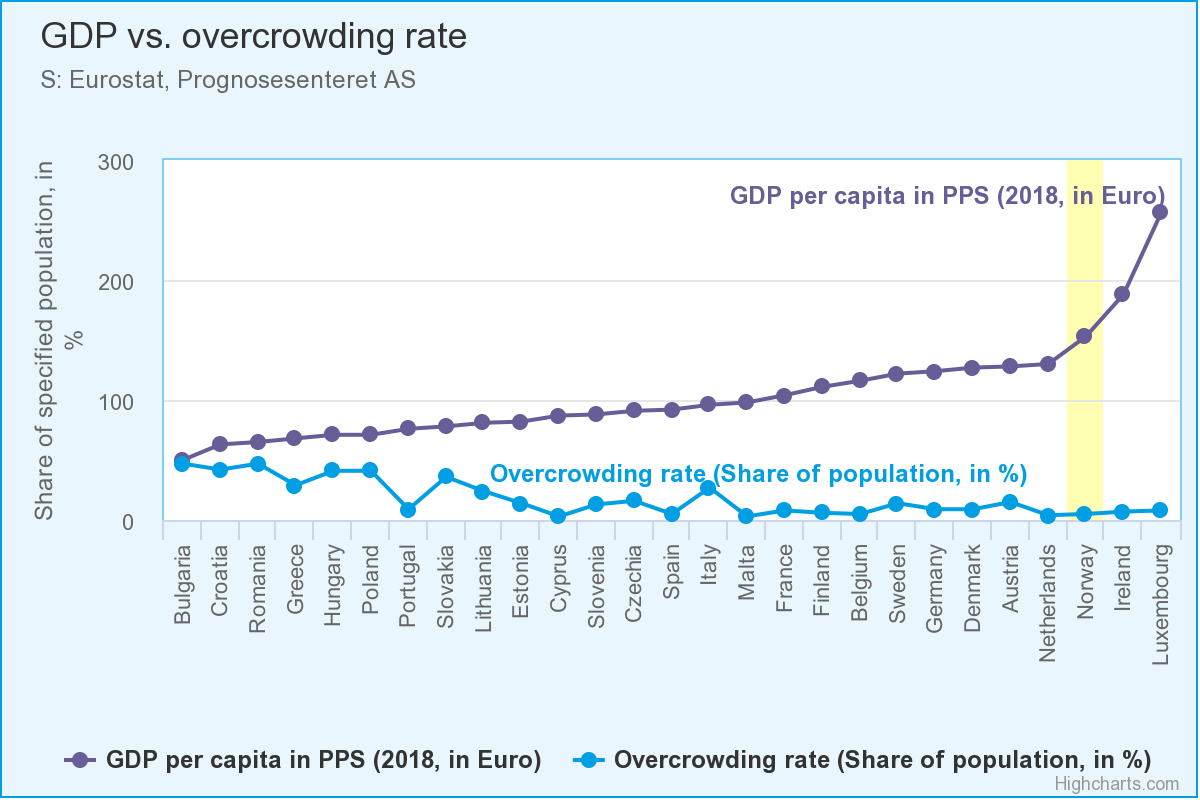 Significant share of households is spending more than 40% on housing.

In 2017 more than 10% of the EU-area population lived in households spending 40% or more of their equivalised disposable income on housing. The proportion of the population whose housing costs exceeded 40% of their equivalised disposable income was highest among tenants with market price rents (26.3%) and lowest among those in owner-occupied dwellings with a loan or mortgage (4.7%).

The EU-area average masks significant differences between the countries: At one extreme, there were a number of countries where a relatively small proportion of the population lived in households where housing costs exceeded 40% of their disposable income, notably Malta (1.4%) and Cyprus (2.8%). At the other extreme, two in five people (39.6%) in Greece and close to one in five (18.7%) of the population in Bulgaria spent more than 4% of their equivalised disposable income on housing, as did around one in six people in Denmark (15.7%) and Germany (14.5%). Looking at the tenure status with the highest proportion of the population where housing costs exceeded 40% of their disposable income, namely tenants with market price rents, there were also large differences between the EU Member States, with some reporting very high proportions in 2017. In 9 Member States, more than one third of the population living as tenants with market price rents spent more than 40% of their equivalised disposable income on housing, with this proportion of the population exceeding two fifths in Spain (42.1%), Lithuania (42.5%) and Croatia (48.6%), just over half in Bulgaria (51.0%) and Romania (60.4%), and reaching 83.9% in Greece.

On top of all the challenges described above – the European housing sector will face increasing problems resulting from strong growth of the elderly population, the ongoing centralisation and the high number of immigrants. And – not to be forgotten – the huge challenges associated with rebuilding the housing stock to meet new energy standards.

Its about time to upgrade the housing policies of all European countries to ensure that  housing markets favour all groups of Europeans – not just the wealthy parts of the population. Read more about the live stream conference  in june here Prognosesenteret is solely responsible for the content and any images on this page. Photo: Eszter Simone - www.simone.se